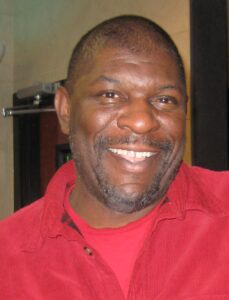 Edouard “Eddie” Arthur Robinson, 60, of Front Royal, Virginia, passed away on Wednesday, September 8, 2021 at the Encompass Health and Rehab in Aldie, Virginia.

A Celebration of Life Service will be held on September 25th at 12:00 pm at the Rockland Community Church with The Right Rev. Dr. Vince McLaughlin officiating. Because of the ongoing Covid-19 restrictions, the service will be limited to family only. Interment will be at a later date.

Eddie was born August 29, 1961 in Bussac, France, son of Howard E. Robinson of Gainesville, Virginia and the late Dorothy F. J. O’Blines Robinson. Eddie was a gifted athlete who excelled at a young age in baseball especially. He was an All-Met baseball player for Wakefield High School in 1979. He attended Oberlin College in Ohio where he continued to play baseball and football. Eddie coached several youth baseball teams over the years including a stint as the Bishop O’Connell High School Freshman baseball coach. In 2011 he was inducted into the Arlington Little League Hall of Fame. He was employed with the Arlington County Department of Parks and Recreation for 32 years and retired from his role as a Sports Programmer in 2016.

Eddie was preceded in death by his mother, Dorothy; and a brother Randal R. Robinson.